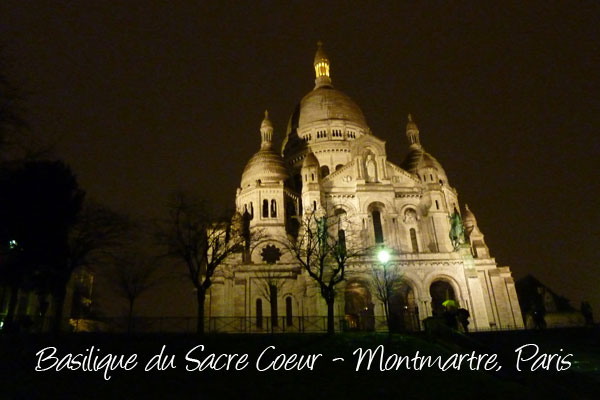 … and it is just beautiful! Just got back from three days in Paris and it is hard to get back to work. But to think of it, three days aren’t really that long to cause a break or real interruption in your normal daily routine. This time it was enough though to take a mental break and relax for a few short days which was needed. It was likely due to the magic that Paris weaves. The city, even though we had cold, wet and windy weather, was filled with both tourists and residents alike and I suppose it must be like that all the time if not worse during the peak summer months.

I had been to Paris just once before (I am not counting all the transfers at the CDG airport) over 10 years ago with my older sister in December. We were also there two or three days but our experience then was very different. Met a lot of rude French, stayed at a hostel and ate mostly at McDonalds. This time we actually found some courteous Frenchmen and women and had several fantastic meals out. We still walked our feet off but in a city this size that is inevitable. I remembered it being bigger, everything further away and staying in Montmartre insisted on taking the metro as much as possible. But it wasn’t bad, one day we walked from Montmartre in the 18th arrondisement to the Eiffel Tower and it didn’t seem that far. Okay, so we were really tired by then and took the metro back but I suppose I’ve gotten more used to walking and the distance seemed less intimidating. We didn’t visit any museums this time, but enjoyed being outdoors and just seeing the monuments, gardens and sights. We’ve promised ourselves to go back soon, definitely not wait another ten years to go back. It is after all just a two hour plane ride from Florence, practically a hop away!

All day I’ve been fantasizing of making galletes and crepes soon, I’ve found some recipes already I’ll have to give a try and share with all of you!

This entry was posted in trips. Bookmark the permalink.