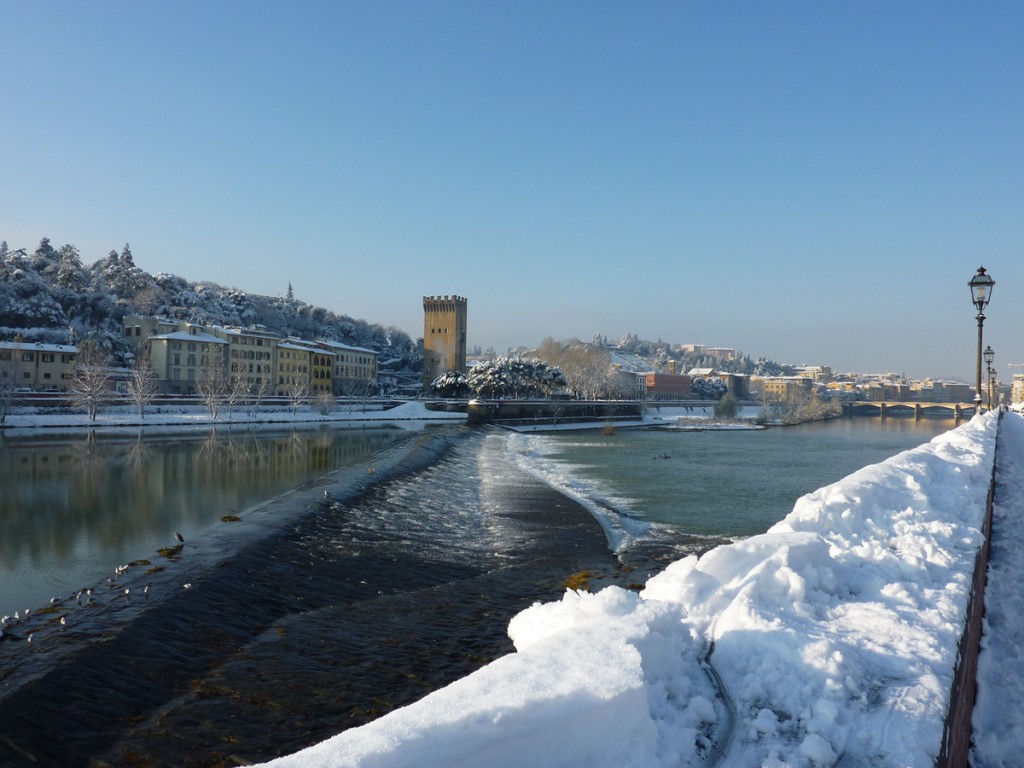 It started snowing yesterday after lunch and in a matter of 30 minutes, the snow was sticking. It never used to snow at all in Florence but over the last 5 years we’ve seen at least one big snowfall during December that sticks and we have snow for 2-3 days. It is really isn’t very common so what do we do? We run outside to play in it! (At least those that are not deathly afraid of it like my MIL 😉 ) 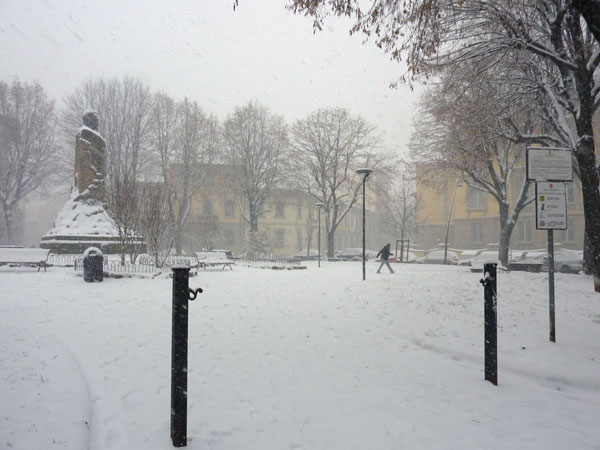 By around 7pm there were several centimeters of snow on the ground and I convinced DH to go out for a walk with me. It was still snowing although not as intensely. We both still had some Christmas shopping to get done so after one stop we separated ways to do our shopping on our own. I was in a store looking at kitchen stuff when I realized on the radio heard in the store there were continuous callers of people calling from the motorway that surrounds Florence saying they had been stuck in traffic for over 5 hours!! It seems part of Florence and all of the highway system that goes around Florence was completely blocked. People had gone out without chains and there were several incidents that caused traffic, no salt had been thrown to start clearing the snow. The salt trucks were also caught in traffic. People were saying that they were able to get into the highway hours after, so the entrances had not been blocked. No one could see any official trying to direct the situation to get it unblocked. A total nightmare, it seems, and I can only say I am very glad we were not caught up in these problems. 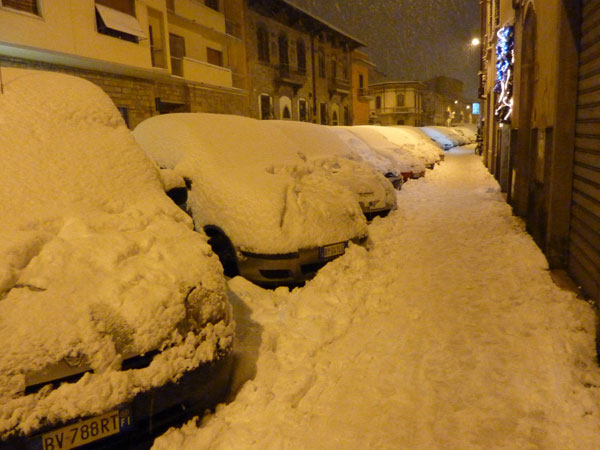 The photo at the top of the post was taken the following morning – the snow had stopped the night before, the sun was out! It was a beauty to walk outside, so many of the sidewalks still had pristine snow. I was the one making the way 🙂 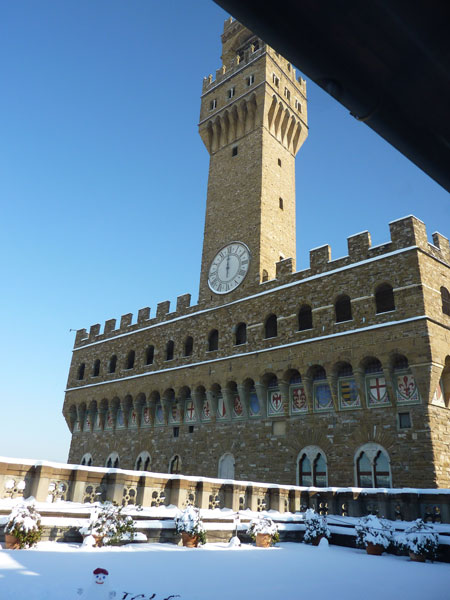 So while I enjoyed the snow, some people were very unfortunate and spent the night and the following day stuck on the highway. With no food, no blankets, no bathroom. The news say Florence was the worst in all of Italy, we don’t know exactly what failed but something major did. Maybe the amount of snowfall was underestimated but there is no excuse for not getting EVERYONE on the move to get things resolved as soon as it became clear there were problems. Someone from the highways, from the city, from the province, the police or the civil protection should have been out there and making sure people got off the highway onto smaller roads, got the traffic moving, got the accidents cleared up. Salt should have been thrown on the roads before, not after. That’s not all, even the railway system was completely at a standstill – the rails had not been warmed up or whatever is done to make sure they don’t get frozen!

It seems so silly but in the end about 30 cm of snow blocked all of central Italy. Now I can understand the weather cannot be controlled but its effects can sure be tackled if there was organization – and that might be where the problems lies.

This entry was posted in italy, tuscany. Bookmark the permalink.